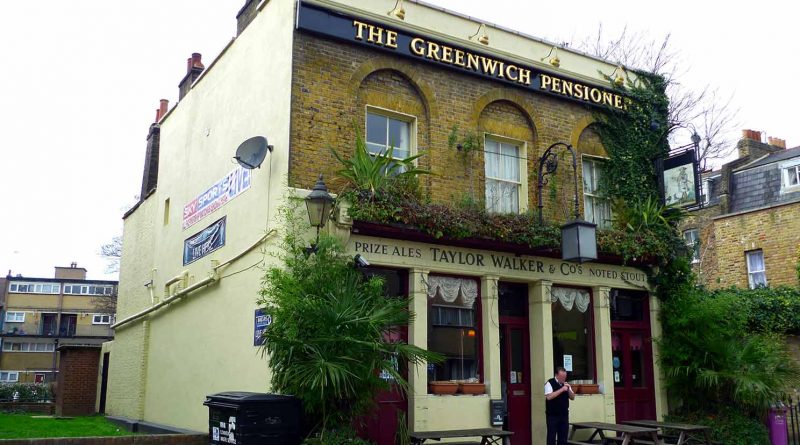 Poplar is the beating heart of the East End and is a gem in itself. You’ll be surprised with the amount to do and discover in the area, for visitors and locals alike. Here are just a few of the best things to do in Poplar.

We’ve got markets, shops, historical monuments, churches, coffee shops, bars, venues, community hubs and many more interesting things for you to do and discover. The area is rich with cultural history and full of brilliant local businesses, so there is plenty of cool stuff to do to impress dates, spend time with your friends or give your out-of-town guest a view of East London, that goes beyond Brick Lane Bagels and Spitalfields Market.

Here’s our round up of some of the best things to do in Poplar:

With the iconic Chrisp Street Clock Tower, Chrisp Street Market has been at the heart of the community of Poplar since it was built as part of the Festival of Britain in 1951.

While away the afternoon pottering around the abundance of market stalls selling only the best fruit and veg you can find in Poplar. Fancy a pampering? You have a wide choice of hair, nail and beauty shops for you to choose from! Mooch around and gratify all your pet, tech, fashion and knick-knack needs. Feeling a little peckish? Chrisp Street has you covered with a choice of cuisines from around the world and some local delicacies. EastEnders Pie N Mash, Curry Hut, and Madhubon Sweet & Spice are some of the highlights that will satisfy those taste buds. If you fancy an even more tantalising choice, Chrisp Street Market hosts BITE, a street food market on the last Friday of the month.

Now this is a boozer putting ‘community’ back into the community pub. If you are wandering down the colourful Aberfeldy Street taking some Insta shots, pop by The Tommy Flowers Pub. They opened in 2018 and is named after Tommy Flowers, the Poplar born engineer, who designed Colossus, the world’s first programmable computer that unscrambled the German enigma code at Bletchley Park in 1944.

The cosy little micropub is the ultimate social hub acting as a tearoom slash art gallery by day and a pub by night! This quaint space has local art on the walls, comfy pillows, mixed matched chairs, an upright piano and a projector screen. It’s homely and very welcoming, it almost feels like you are sitting in someone’s living room. The Tommy Flowers Pub has become a much-loved social hub for the community of Aberfeldy and everyone is welcome to join for a pint of draft Guinness or Carlsberg and a packet of crisp.

This little park on East India Dock Road is the perfect spot for an afternoon out in the fresh air. The park packs so much into its tiny 1.57-hectare space, hosting a playground, bowlers green, basketball court and a games pitch. The park holds a Green Flag Award and is one of twelve in Tower Hamlets that have earnt it. So, if jogging or just strolling is your cup of tea then you are in luck: the park is maintained to an incredibly high standard so it’s always a fresh, tidy and beautifully floral space for you to enjoy. Poplar Recreational Park is a WW1 Memorial park that remembers the 18 children killed in the bombing of North Street School in Poplar on 13th June 1917; the park has a statue honouring those lost in the centre. It’s not the only historical part of Poplar Recreation Ground, in the far corner stands St Matthias Old Church, that isn’t actually a church, but a community centre!

If you spent the day lounging at Poplar Recreation Ground, we recommend you go for a short walk to Poplar High Street to check out a little piece of Poplar History.

On the corner of Poplar High Street and Saltwell Street stands an odd statue of a white marble horse atop a column, this sign was for the White Horse Pub that once stood there for almost 300 years. One notable landlord in the White Horses’ history is James How and his wife, what makes him interesting is that James How was really a woman called Mary East. At sixteen, Mary East started to present as a man and moved to Poplar to run the pub with his wife, and was then involved in and won a significant court case that defended his identity as a man. The white marble horse is now a Grade 2 listed monument and is the only thing left of the pub which was demolished fully in 2003. It’s a slither of Poplar history but a momentous part of LGBTQ+ history and a lovely little sight to stop by on a wander.

If craft beer and live music is your thing then this is the place for you. The Pensioners Public House is nestled away in the backstreets of Poplar serving beer from some of the best craft breweries in the UK, as well as a cracking selection of lagers, wines, and spirits. The pub shows weekly sports fixtures and hosts weekly music nights that showcase some of the newest bands on the East London music scene. The Pensioner Public House is over 200 years old, and one of the main aims of the new owners’ who took charge in 2018 was to breathe new life into the ol’ girl to bring back the proper old East End pub feel …but for the 21st Century. Drawing a crowd of younger East Londoner’s everyweek, this is Poplar’s place to be.

Craving an authentic Italian pizza? Well, we have just the place to go in Poplar to satisfiy that need! Just minutes away from East India DLR station, Salento Pizzeria and Bar on Clove Crescent can only be described as one of Poplar’s hidden gems. Owned by brothers Fabrizio and Roberto, Salento Pizzeria serves both traditional woodfired pizzas and innovative Italian dishes that are all homemade and delicious. Vegans, veggies and gluten free customers need not worry, everyone is catered for!

The best part of this modern Italian eatery? The glorious suntrap patio. The perfect spot for sunny afternoon indulging on authentic Italian pizza, or hazy evenings with live music and an Aperol Spritz. With an abundance of 5-star TripAdvisor reviews, we are not the only ones raving about this place.

Pie and Mash has been an iconic part of East End culture for the last two centuries. From the East End Dockers of the 19th Century to the West Ham football supporters today, Londoners have loved the traditional recipe of jellied eels, buttery mash and parsley liquor. The Eastenders Pie N Mash shop on Chrisp Street has been serving the iconic dish since 1976 and their traditional recipe is cooked fresh everyday to a secret family recipe. The meat for The EastEnders’ pies comes from Smithfield Meat Market and the eels come directly from across the way at Billingsgate Market. They have now included vegan and veggie options to their menu meaning no one gets to miss out on this delicious East End treat. Thers is nothing better than a delicious home cooked meal, and that’s what EastEnders Pie N Mash gives us.

Poplar has its fair share of street art but one of its most random, and yet at the same time, exceptional pieces of art can be seen close to the All Saints DLR station. Situated on a tower block next to the infamous Chrisp Street, local artists Irony and Boe have taken the opportunity with such a dominant canvas to paint a…giant chihuahua? The painting of the Poplar Chihuahua, sat on its hind legs with its tongue hanging out, is not the usual choice for street art in the East End but it’s unusual presence in the area is kind of beautiful against the rows of 60s tower blocks. Interesting fact: The Chihuahua Mural is one of London’s largest works of street art featuring a dog!

Keeping fit and active in Poplar is easy thanks to the Poplar Baths and Leisure Centre. It’s the perfect spot for a day of moving, with something for everyone!

The original building was constructed in 1933 and closed in 1988. The structure was derelict for thirty years before being awarded a Grade 2 listing in 2001. A campaign to restore the baths in 2010 was granted and a new leisure centre began construction in 2014. The old building got a swanky upgrade bringing it into the 21st century. The  leisure centre now hosts: a 25m swimming pool, teaching pool, four court sports hall, a state of the art gym, fitness studio and a rooftop football pitch. There is no excuse to not get off the couch here, as you are pretty spoilt for choice for options to exercise.

London has a wide array of historical buildings that make its landscape an unforgettable one. One of those stunning churches is the All Saints Church between Poplar High Street and East India Dock Road. The church was built in 1822 to serve the newly created parish of Poplar and the large working class community that surrounded the docks.

The church was built in white portland stone, with the architect Charles Hollis, designing the church in the style of Gothic Revival with its iconic porch, columns, and tall steeple; the original model is on display at the church. The church was redesigned and rebuilt many times especially after World War 2 as the docklands were heavily targeted in the Blitz.

The brutal look of the church and the soft contrast of the greenery surrounding it, is beautifully juxtaposed against each other. A fabulous spot for some architectural photography.

If you enjoyed reading this, you might like learning about Mary East: the Poplar pub landlord who fought for LGBTQ+ equality