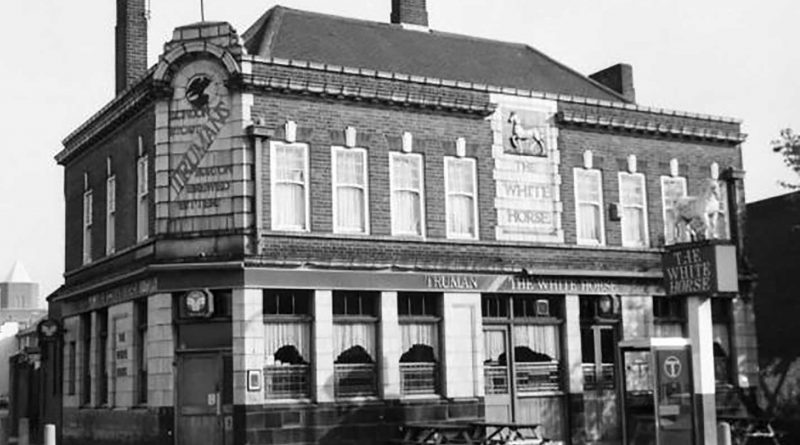 The life of Mary East, the LGBTQ+ pub landlord of 1700s Poplar, is a story of extortion, gender-fluidity, and a significant legal triumph, that can be considered one of the first steps in the fight for equality nearly 300 years ago.

The last century has produced many history defining court cases from lesbian, gay, bisexual, and transgender people fighting for equality, battling against the laws that oppressed them and the justice for their mistreatment. The start of this fight can be considered to date back much further than many realise, with the court case of Mary East.

The first known records of Mary East’s life began in the early 1730s, when a sixteen-year-old Mary East began a relationship with her 17-year-old female friend. Sadly her friend’s name is now lost to history.

It was at the beginning of Mary’s relationship with her lover that Mary began to present as a male, adorning men’s clothing and taking on the name of James How. To the outside world, the two teenagers appeared as a married couple and they were known as Mr James How and his wife Mrs How.

Over the next fourteen years, the two began to build a small estate of public houses running multiple pubs from Epping to Limehouse across East London. The How’s conducted themselves in high regard with their business ventures, and because of this, James How’s character was considered that of an upstanding gentleman and businessman.

In 1745, the couple moved to Poplar purchasing the White Horse pub on Poplar High Street. The Hows integrated themselves again into the community of Poplar, managing and working hands-on in the pub. Many accounts describe the couple as private but incredibly hardworking, helping them win the respect of their neighbours.Not only did James How run multiple successful businesses presented as a man, he also carried out many of the civic responsibilities that men at the time were expected to do. This included serving on juries, holding a number of positions in the local parish including Parish Constable in 1744 and overseer of the poor in 1752. James How’s effeminacy was remarked upon in some documentation but their identity as a man was widely accepted within Poplar.

The couple lived peacefully at the White Horse until the year of 1750, when a character from James How’s past came forward with knowledge of their previous female identity. They blackmailed the How’s for payments of £5 and £10, around £1000 and £2000 today, over the course of 16 years. James How complied with the payments until the death of Mrs How in 1766.

Knowing James How was grieving and now alone, the blackmailer targeted him once again asking for the sum of £100, unable to pay this, James was subjected to a violent attack outside his pub. The attackers made it clear they knew his original identity and threatened James How with hanging unless he paid.

After managing to escape, James How tricked the attackers into arrest and decided to take the matter to court. This was an incredibly dangerous decision as, if his previous identity was discovered, James How could possibly be tried for ‘Fraud’. The blackmailers were tried for extortion and assault in front of the Justices of the Peace in Whitechapel.

On the day of the trial, James How arrived at the court adorning a dress, presenting themself as Mary East. This caused a stir in the crowd and outed her original identity to the community who had accepted the character of James How for nearly three decades.

By doing this, Mary was able to prove the extortion of substantial sums of money as well as the assault and won the trial. The extortionists were convicted and sentenced to stand three times in the pillory and four years of imprisonment.

Unfortunately, with outing herself for the benefit of the trial, Mary East was forced to resign from the roles she originally held as James How. She was also forced to give up the White Horse, though she was allowed to keep the fortune she had acquired with her public house businesses.

Life after the Trial

Mary East lived the rest of her life presenting as a woman. With a character described as ‘unblemished’ by The London Chronicle in 1766, she never married again and retired to a quiet life in Poplar.

Mary East died on 8th June 1780 leaving her money to relatives, friends, and the poor of Poplar. She was buried in the churchyard of St Matthias in Poplar.

The story of Mary East is difficult to consider as a step in the fight for equality. This court case is one of the first examples of the law falling on the side of an LGBTQ+ person and is  significant as for the next few hundred years laws would be written to oppress them.

Although we will never know the true answer to Mary East’s gender identity or sexuality, we do know that she wanted to live a peaceful life with the person she loved and went to court to fight for that peace. Causing her to lose the entire life she had built for herself for over 30 years in the process.

Mary East’s strength and resilience in the face of adversity is something that should be celebrated but sadly her story still mirrors what many in the community still face today. By bringing attention to her life we can appreciate and take pride in this significant part of queer history in Poplar and give full recognition to a person who pioneered a battle for equality.

If you liked this, you may like the history of Chrisp Street Market.

Local Places to visit Things to do Tours & trails

A closer look at Poplar churches