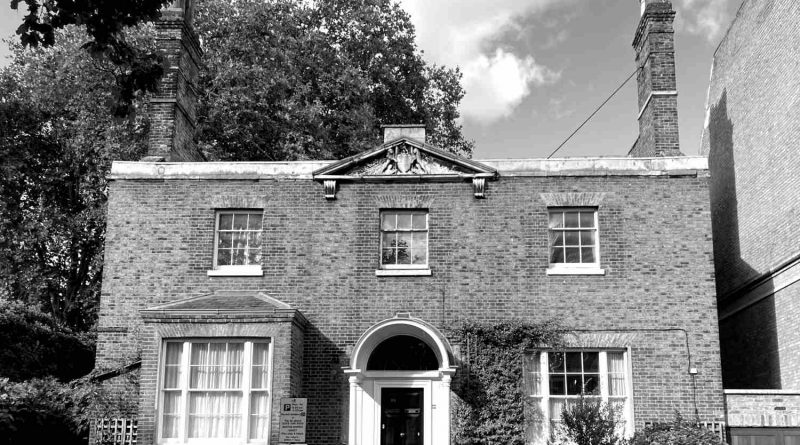 The East India Company’s Poplar almshouses were built thanks to a greedy diamond trader, and housed a seaman maimed by a tiger.

The tale of Poplar’s almshouses started with betrayal. A corrupt jeweller named Hugh Greete bought diamonds on behalf of the East India Company, but secretly kept the most dazzling ones for himself.

When Greete’s fraud was discovered, he was sent back from India a prisoner. After his death in 1619, the Company seized upon his estate to reimburse his treachery. But Greete dictated in his will that his estate should be used to create an almshouse for disabled seamen, and for the orphans and widows of the Company’s employees.

A Robin Hood-like figure, Greete’s legacy paved the way for Poplar’s first charitable spaces which are still enjoyed by the community today — though it is unclear whether he actually foot the bill after all.

The almshouse was a sanctuary for seamen who suffered unimaginably grisly injuries. Jon Ferne, one of the first residents when it opened in 1628, had lost the use of his speech and limbs after contracting a brain infection from going into the pump of a ship.

Despite his injuries, he was a crafty and seductive inmate — Ferne was kicked out after secretly living in the almshouse with another man’s wife for two years, bigamously marrying her and having children.

An unruly tiger aboard an East India Company ship supplied another inmate for the almshouse. Robert Lewys was admitted in 1651, after being attacked by a tiger cub which was being shipped from India to England, most likely as a present for King Charles I.

George Forbes was admitted in the same year. Forbes was the last remaining witness of the Amboyna massacre, a deadly conflict between the Dutch and the English East India Companies, who competed for a monopoly on the spice trade.

After hearing of a conspiracy to seize the Dutch fortress on the island of Amboyna, now part of Indonesia, the Dutch Company tortured and beheaded twenty two men.

The spice trade bred merciless competition and gruesome tactics. The Dutch Company used waterboarding — a torture technique where water is poured over a victim’s cloth-covered head, bringing them close to suffocation — to elicit confessions, and placed the impaled head of the English captain on a pole for all to see.

The first widow, Mary Thorne, was admitted in 1653, after losing two husbands to East India Company voyages. Her two bereavements were considered extraordinary — other widows weren’t admitted into the almshouse until its expansion in 1732.

Ironically, Greete’s estate may have never been used to found the East India Company’s almshouses after all. After Greete’s death, the project was initially postponed while the Company tried to weasel its way out of using Greete’s money for charitable purposes.

A plea in 1623 from the residents of Ratcliff, Limehouse, Mile End and Poplar for help in maintaining the widows and orphans of East India Company voyages showed the dire need for support in the area.

Greete’s executors refused to release his estate unless the Company credited him as the almshouse’s benefactor. Embittered by Greete’s betrayal, the Company chose pride over money, and decided to buy the almshouse without the release. If Greete’s money was used to build the almshouse after all, it was not documented.

The Company’s disdain for Greete is obvious from the court minutes, where he is called a “prattling fool” who was “by profession a jeweller, but in practice a juggler,” but despite best efforts to erase him, Greete’s memory lives on.

The almshouse was partially funded by a levy on the wages of the East India Company employees, known as the Poplar Fund. Over time, the fund grew, and was used to finance the pensions of the Company’s better-paid employees. Two-storey houses were built for retired commanders, officers, and their widows on nearby land.

The East India Company’s almshouses and chapel remained Poplar’s main centres of worship, education and charity for many years. The almshouse has since been demolished to make way for Poplar Recreation Ground, a park that boasts playgrounds and tennis and basketball courts.

On Poplar High Street, the chaplain’s house remains. The roof of Meridian House is emblazoned with the East India Company’s arms — two lions holding up a crest of the English flag, carved in stone. The house is now a private residence and a charming piece of history, with an arched doorway supported by two grand pillars and ivy crawling up the brick walls.

The almshouse’s chapel still looms on the corner of the recreation ground. St Matthias Church, with its gothic arches and ornate stained glass windows, became an Anglican church in 1867 and is now a community centre.

Both Poplar Recreation Ground and St Matthias church are still spaces for celebration, charity and community for the residents of Poplar.

If you liked this, you may like the history of Chrisp Street Market.