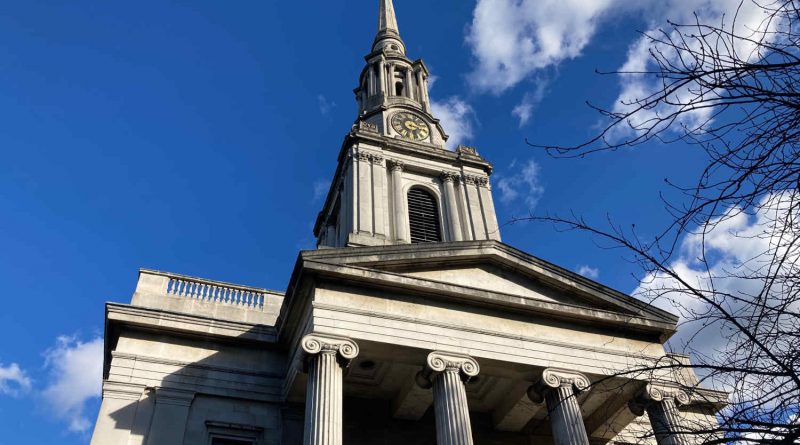 If you take a walk around Poplar, you might notice there are a lot of churches, some within a stone’s throw of each other and all with a fascinating history.

All Saints’ church invited the nuns of the popular BBC series Call the Midwife to Poplar, and St Anne’s Church Limehouse has a seven-metre tall pyramid in its churchyard — and nobody knows why it’s there.

In contrast to St Anne’s grand white stone and the Seamen’s Rest’s Victorian lettering, both Trinity Chapel and St Mary & Joseph churches are stocky and modern. Both churches were destroyed during the extensive bombing Poplar suffered in World War II, and rebuilt as part of the ‘Living Architecture’ exhibition for the Festival of Britain in 1951.

They were designed as part of the Lansbury Estate, a model neighbourhood of post-war city planning. The formidable architecture of St Mary & St Joseph Roman Catholic Church is celebrated — it came tenth in a 2013 competition for the best modern churches in Britain — and the timeless architecture of Poplar’s historic churches still astounds.